Again, I’m late. This time it was my destructive kids. My tablet went M.I.A. for a while. I’m back and lets get it in!

Now, I personally do not celebrate easter do to learning the true meaning and symbolic meaning behind the easter bunny. Google it, you may be shocked.

With that said, I know majority does, and that’s fun too.

Small fact: cooking and creating is in my blood. Come from a long line of mechanics, carpenters, seamstresses, artists, and entrepreneurs.  All who love to cook to relax. Add to that, mom’s side of the family came from a family of 16, dad’s family of 13, so cooking is how we bonded.

My mom’s side is predominantly southern (Kentucky, Tennessee,  Georgia, Florida), and she was born on a Virginia Air Force base. So, I grew up around southern cooking. Twist on that, it was reserved for holidays. Don’t like everything, but I pulled out the Southern Easter dishes we had.

When I was 12, we moved to Riverdale Georgia. Culture shock for me! In that year, I learned a lot in the kitchen. Best recipe I got was for Easter Ham. We were so poor, but we bonded through food. We potlucked that year because we were so poor and my mom was so sick (later diagnosed was sarcoidosis), our neighbors came together in our little ghetto area and pitched in. It was great. I took that recipe with me and hadn’t cooked it in a while……..until now!

Now, I LOVE tweaking recipes too. At this point, its my life! Lol.

Now, first thought…….What the hell? I’ll explain. First, you can use this for pork or turkey ham. Say wha?? Yeah. The original recipe was pouring Coca-Cola on the ham, and cover with brown sugar. Fill the roaster with some extra water, and bake, basting every 30 minutes. Well, over here in my lab, that was boring, so tweaking here we go!

Rinse you ham, putting in you roaster/deep dish pan. Here’s the change……wait for it……..I used cherry Coca-Cola and pineapple juice for the marinade. Say wha?? Yup. Hence the reason why its once a year. Eat like that all the time, might as well cut off your feet. Anyhow, pour on equal amounts of those liquids, fill your pan with water and a cup of beef broth on the bottom, and then sprinkle a cup of brown sugar on top of the ham. Let the Ham marinade for an hour. I did mine overnight, so this picture shows the ham just falling apart! No cloves, butter nothing. Just those ingredients. Basting just like I mentioned.

We move on to sides. My grandmother made Cheese Potatoes, or called Au Gratin potatoes. I stick with the first. I tweaked this recipe too, due to my IBS. Dairy and I haven’t got along since I got pregnant with my first one, so I substituted regular milk with almond milk. Its really good, and tastes the same, but doesn’t give you bubble guts. Love it!

Very simple dish. Wash, peel, and slice your potatoes. Boil your potatoes until soft. While boiling potatoes, you make a cheesy rue sauce. In a pan, take a cup of flour and a tbsp of olive oil and cook the flour. As you cook the flour, whisk in milk to liquidify the mixture. Once its smoothed out, you add salt and pepper to taste.

Twaeking of this recipe: we used mexican shredded cheese to give it a kick, and add flavor. 2 cups (one bag) of cheese. Now this cheese has jack, colby, cheddar. Does the seasoning work for you. This sauce will be cheesy for days! By this time the potatoes should be done. Drain and rinse. Grease a casserole pan, I personally use Pam, but butter can work too. To me, Pam is healthier.

Pour your potatoes in first, then the cheese sauce. Make sure the sauce coates the potatoes evenly. The original recipe calls for mild cheddar cheese for the topping. Um no. I’m not regular?! Lol. I used another bag of mexican cheese. Bake at 350 for 30 minutes or until melted.

Can’t have a southern meal without some greens! Now, my grandfather is from Savannah Georgia. Greens are a staple there. They actually can be healthy for you if cooked right. My mom does them with crushed red peppers, chopped green peppers, and turkey ham. So tasty. I remember as a kid my grandmother and my mom cuttin’ and washing greens, and just catches up on all kinds of stuff. Of course the smell of them cooking stinks to all hell, but man, the end results are awesome!

I cheated a little on these. Since I was a kid they have now have the greens cleaned and bagged for you. Hell, if you really want to be lazy, glory foods has them cooked, canned, and ready to eat if you want them. Just heat and eat. I opted for the bagged greens.

Getting two bags, I remembered the first lesson to greens, they boil and shrink down. I get my old school cooking pot, added water and greens. Sticking to my grandmothers recipe, I added onion powder, and bacon. Ready for the tweak? Normally its a 1/2 cup onion and chopped bacon. I used onion powder and honey maple bacon instead, and turned that pot on. You cook them down for at least 2-3 hours, or until the greens have cooked down and bacon is cooked. I checked them every 30-45 minutes, just to make sure I didn’t burn them. My mom gave me a healthier recipe to try. Cooking greens with chicken wings, red and green peppers, sea salt, pepper, and chicken broth. Sounds tasty!

One of the best things growing up in my house was the sweets! Omigosh! Between my grandparents, mom, and aunt who lived down the street, weekends and holidays rocked. Pigged out, then ran the food off! My recent visit over spring break, grandma had the cakes and cookies stocked. Like I needed it, lol. Kids loved it!

My grandfather made this cake when he was off the road home for break (trucker). This cake was the only cake I ever had without icing. It was the ‘bragging rights’ cake of his family. How many flavors can you put in this cake. My great aunt did 5. He did 7. She tried 9 but failed. Think it was the combo she chose. I, on the other hand successfully did 8. 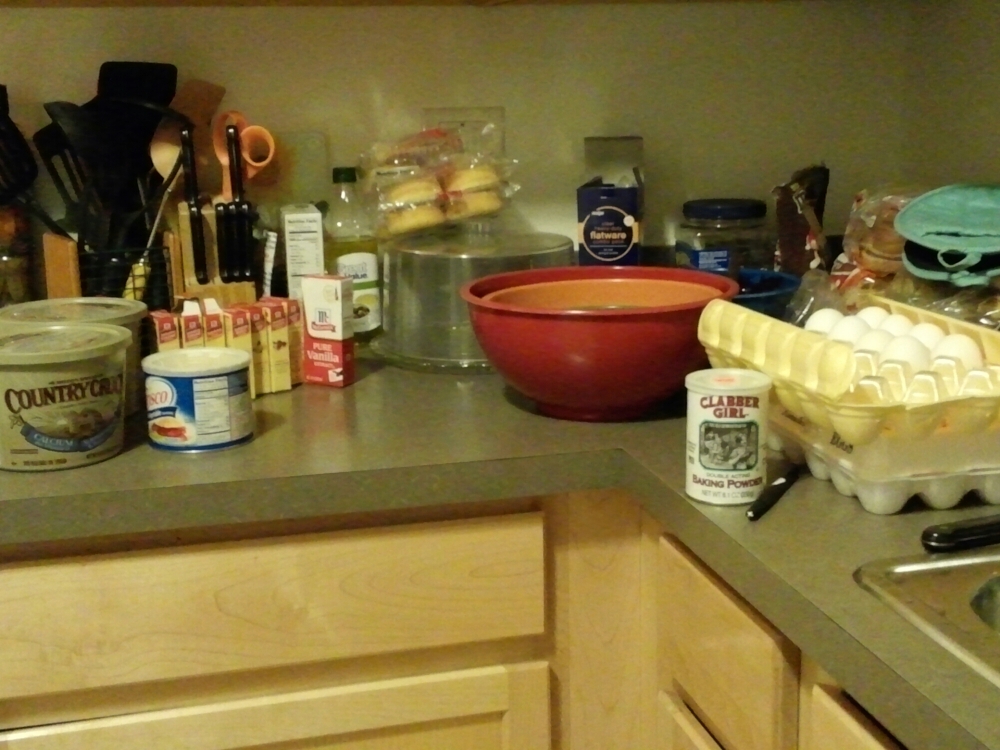 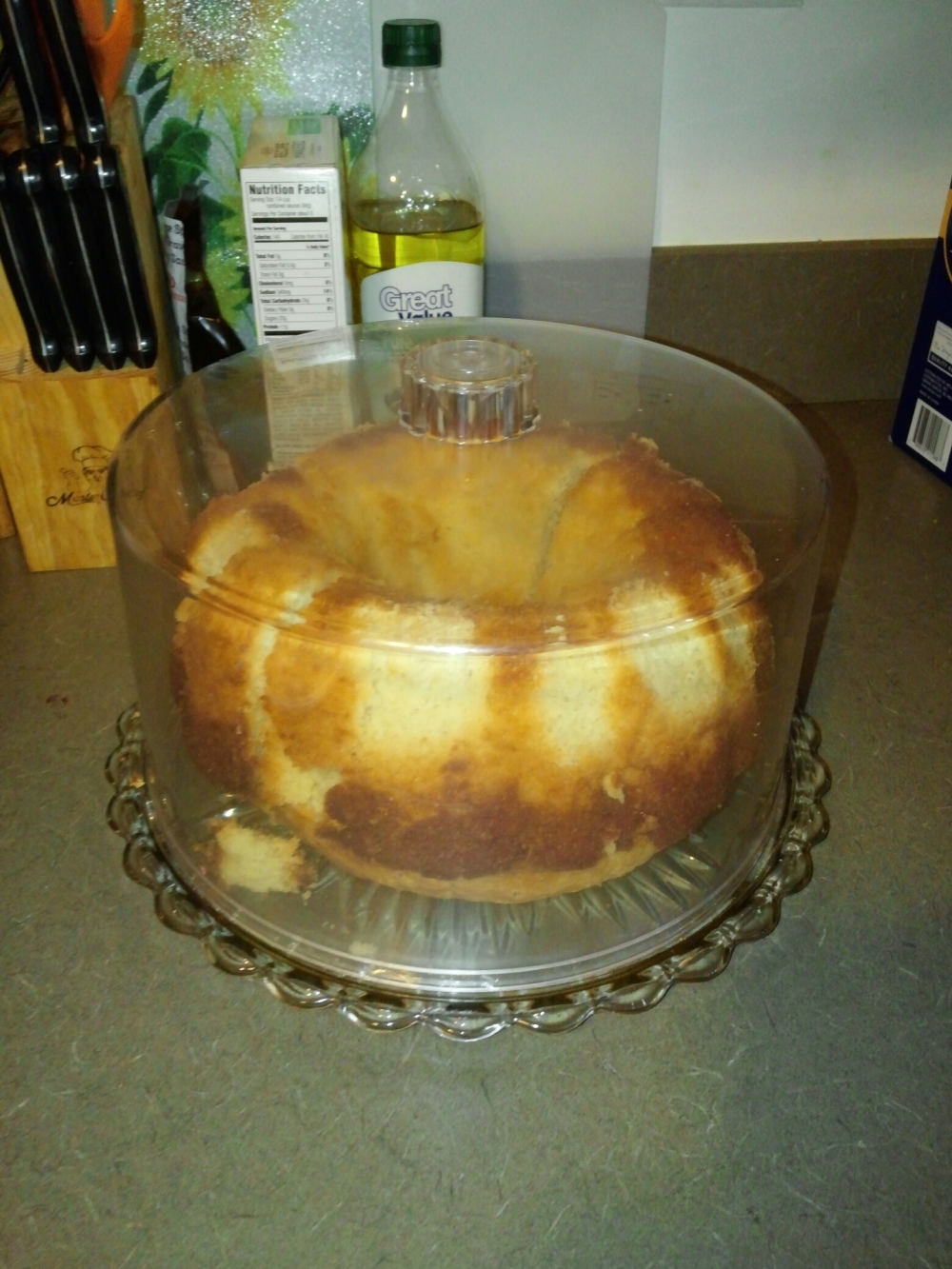 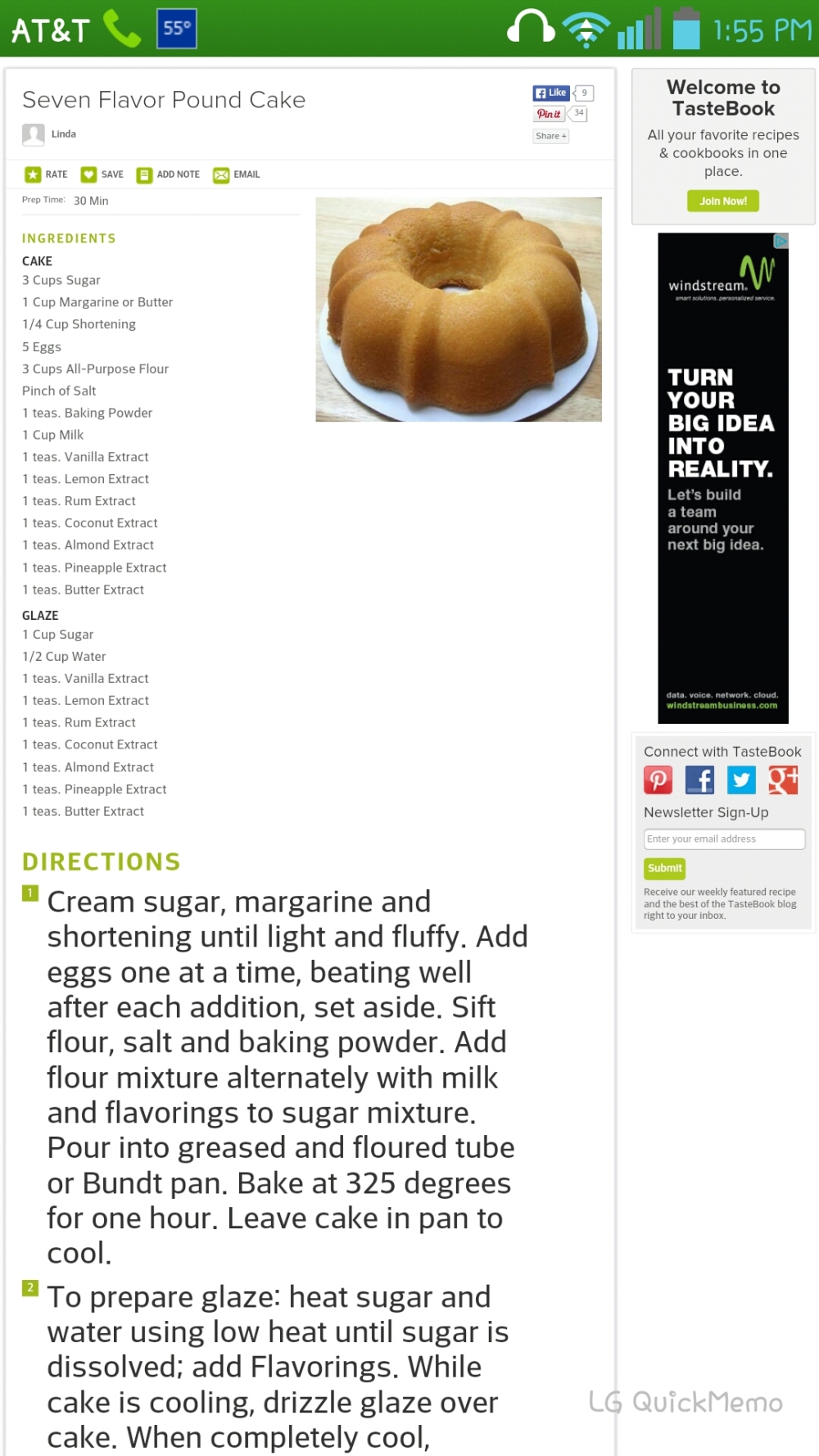 Since this is a restrict family recipe, I found a recipe pretty darn close to my family recipe. Fattening? Yes. Diabetes in a cake pan? Probably. Gotta remember, these kids were on a farm. 16 kids working all day. The calories were gone in an hour. Excuse my crazy cake, decided not to cooperate on coming out the pan. Lol, had to WWE the cake.

Well, well, well. What to drink. I made berry iced tea for the kiddos. Gone in two hours. For myself…….red apple sangria. I hate red wine. Too bitter for me, but I found this recipe, and now its the only way I drink it! Fruity and healthy for you, in moderation.

Of course, if it was to be a true southern family holiday meal, it would have been lemonade instead, but I always believe in stating my own traditions, and tweaking current ones. Again, I hope you enjoy this entry, and had a beautiful holiday!