I wanted to give my baby a birthday party. The process started in March. I did the typical calling for prices at different establishments.

Too expensive! One place quoted me 550 dollars for the basic party and entertainment for kids. If it included adults, I would have paid 750 dollars! Still love the place, hence the reason I’m keeping it anonymous, but it will be for my kids and myself.

Then I began to really think. An associate of mine did a movie party for her daughter. I never thought of it, but thought it would be cool.

Get this! You reserve the room for the amount of…..25 dollars! You have free reign of decor, food, and drink.

Good deal right? Tickets to latest movie and party! Well……some didn’t call back to come, and I didn’t know this weekend was also graduation weekend. What’s a mom to do?! 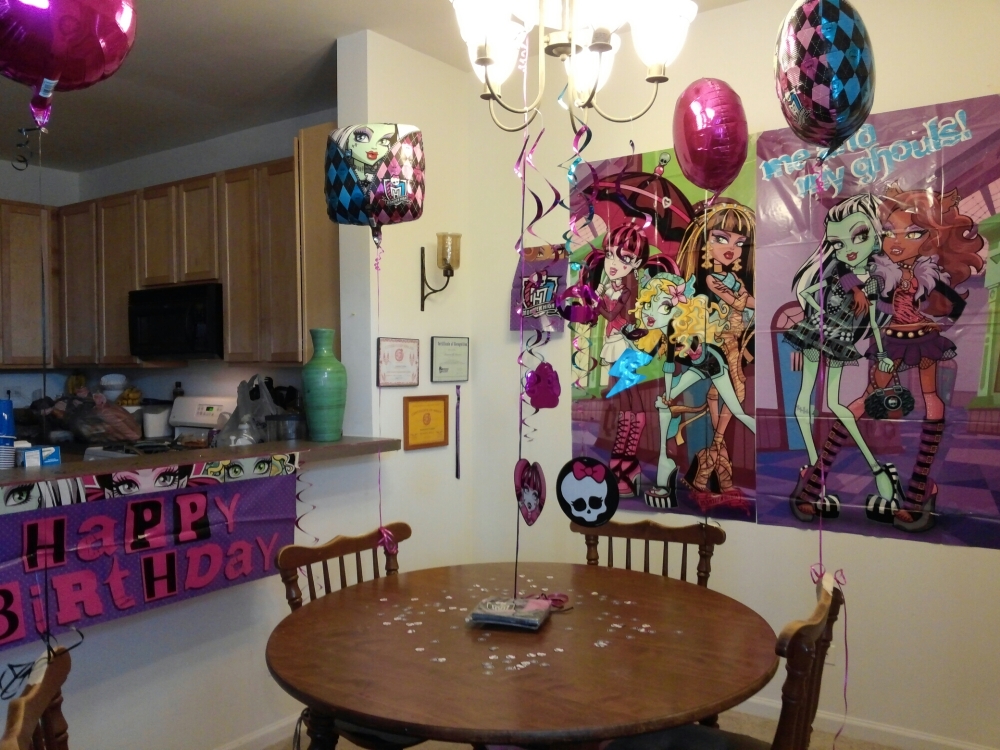 Convert it into a slumber party of close friends! In thirty minutes, I used the decorations I bought for the room and turned my dining area to monster high photo session central. Called Costco to cater the affair(translation: I ordered pizza and cake from there. Bought snacks and drinks and was set.). They ordered Frozen, and sang ‘let it go’ as off key as possible. Painted nails, giggled, and everything in between.

Party city, $50. Costco, $100. Tons of energy, and boom! She forgot about cancelling her movie party.

What you realize is that 9 year olds dont care. You put the effort in, they love it period. Common sense momma lesson: don’t break bank. Get creative. They appreciate it just as much as if you spent 10 grand on the event. It’s the love you put into it.

As I rest from the late night turn up session, it was all worth it! Until September for my soon to be 16 and 15 bitthday party.

Remember, as clique as it sounds, its thought and love that counts, not always the money.

Leave a Reply to The Bearded Js Cancel reply