Now, in the other post, I shared food recipes I made for the girls night. Of course I couldn’t go with out what I came up with drink wise right! Now, not sharing these recipes, because you guys know the rule about the drinks, but I took pics of it, and if I didn’t take a pic of the drink alone, I’ll list the ingredients.

First up is the Blueberry Summer Frozen Cocktail

This cocktail I been dying to make because I’m a huge fan of Cruzan Rum! When I heard they were making Blueberry Lemonade Rum, I was like I must try that! Well having this party gave me an excuse to look for it, and make something with it. I saw the bottle last year, and it took that long to find it.

I mean it’s summer time and frozen drinks are awesome to have even if there’s no alcohol in it. It was a hit with the girls. It’s sweet and smooth. using cream of coconut made the drink where it wasn’t too tart, but still kept it’s blueberry taste!

Throw it in the blender, and mix. Garnish blueberries and lemon twist.

I made two sangrias for that night earlier in the week so by the time they were ready for party later at week. As I stated, the biggest secret, and awesome thing to sangrias, is the longer they sit in the fridge, the better the flavor when you drink them.

The first sangria I made was Peachy Porchside Sangria. It was inspired for if I had porch furniture, and wanted to sit outside and enjoy a drink and taking in the environment. It was great, but some didn’t like the mango int he drink. It’s ok, because I like mango, and you came over. LOL 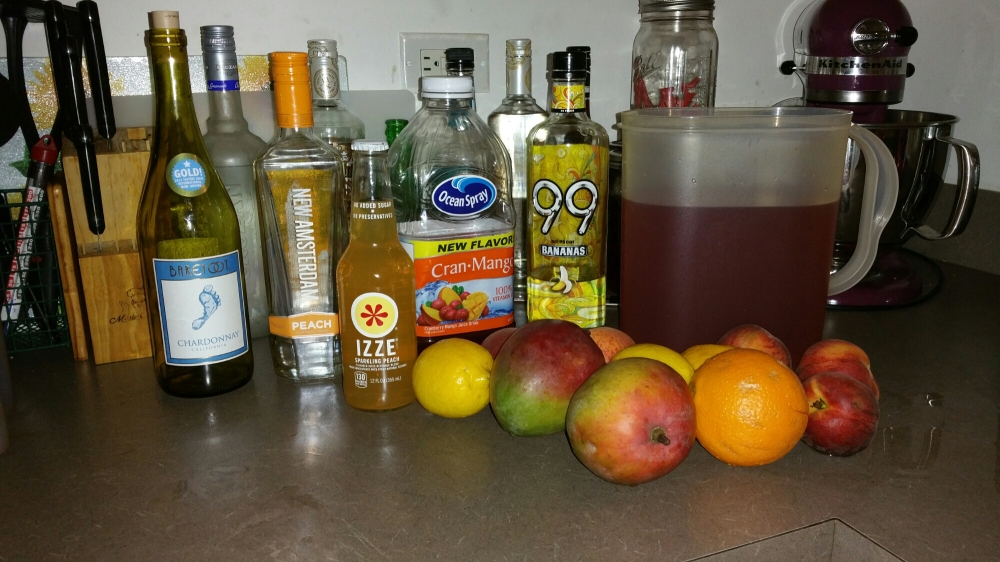 The next one was Red Berry Cherry Sangria. I wanted to try some new tastes. Simple as that. Something new to drink, and for some reason cherries sounded great at the time. This one everyone loved, and the combo was awesome. I was nervous about it, but it all tied in together. 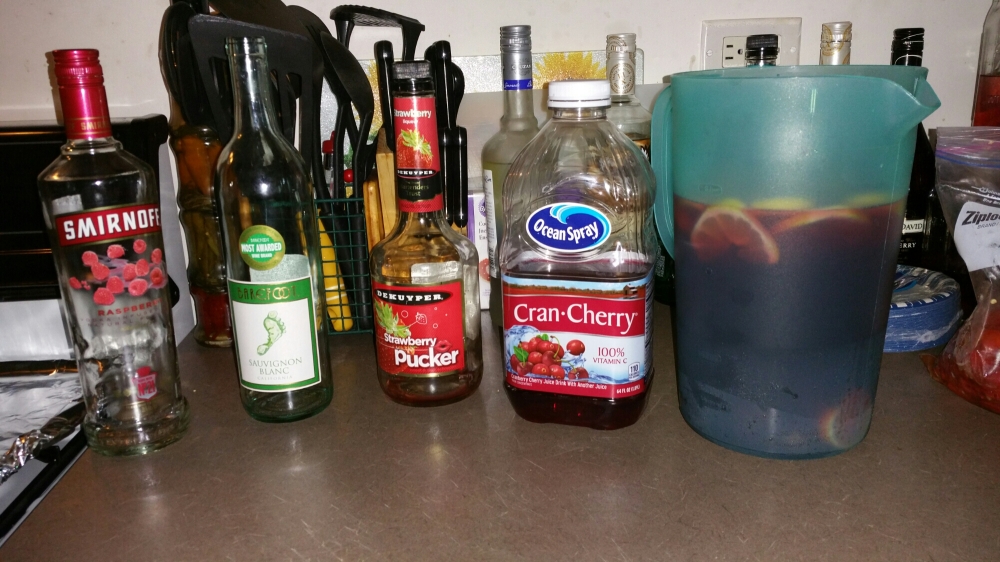 Lastly, we have the Tropical Smoothie. I made this one before, but not for anyone else but me. This one was a big hit. It’s one of my favorites, and I may make it again for the next girls night. I’m debating.

Blend and garnish with a cherry/orange flag.

We had a blast that night, and can’t wait for the next one! 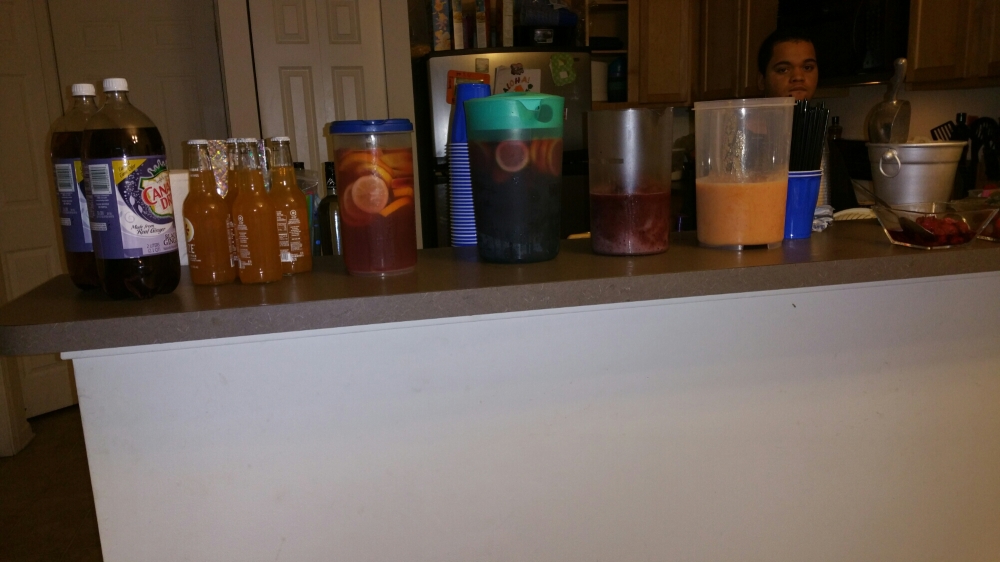